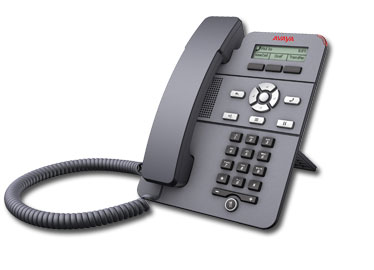 The new Avaya J129 SIP phone is a perfect solution for door phones, lobby phones, waiting areas, lunch rooms, warehouses or any location where basic telephony is needed.  This is the base model of the Avaya J100 Series phones and is an extremely affordable option for customers who are on a tight budget.  This phone can only be powered by POE - if POE is not available, an optional POE injector will be required.  The J129 also supports the WiFi / Bluetooth module for wireless network connectivity and Bluetooth headsets. 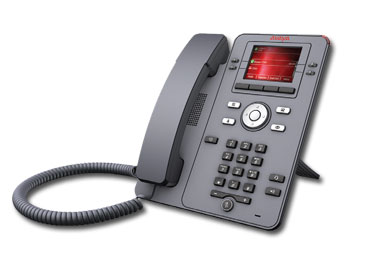 The new Avaya J139 color screen SIP phone is a cost effective solution that provides the same telephony features of the larger J179 phone but with only 4 buttons.  The J139 is limited to being SIP only (no option for H.323 support) and does not support the WiFi/Bluetooth module - if these are needed, then the J179 is a better option.  The J139 does support POE or can be powered by a separate 5V power adapter (not included). 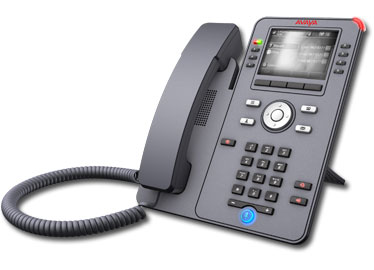 The new Avaya J169 gray-scale SIP phone is the most popular choice for desktop users today.  The J169 IP phone is typically used to replace the Avaya 9608(G) IP phones in new system designs.  The J169 has all of the same features of the J179 phone, including H.323 support, but has a gray-scale screen and does not have the the WiFi / Bluetooth module option.

The new Avaya J179 color SIP phone is the most advanced J100 Series IP desk phone offered by Avaya today.  The J179 supports SIP or H.323, POE (with optional 5V power support), 8 buttons, optional WiFi / Bluetooth module support and support up for to three (3) JMB24 sidecars for an impressive total of 80 possible buttons.  It is important to note that unlike the other J100 series phones, the J179 has a matte gray face (vs. black matte on all other phones).  It is very attractive but this does contrast against the matte black JMB24 sidecar(s) if used.  LEVEL suggests using JMB24 sidecars with J169 phones. 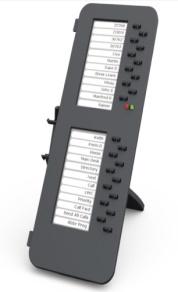 The JMB24 button module (a.k.a. a sidecar) is an add-on module for the J169 & J179 phones that provides 24 additional buttons for programming.  This new design "snaps" into place on the J series phones (no more screws to deal with) and uses a simple flat cable to connect to the phone.  Up to three (3) JMB24 modules can be added to a J169 / J179 phone.