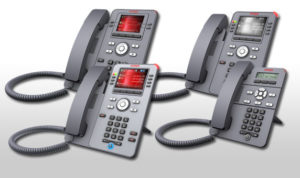 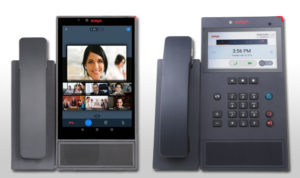 The new Avaya Vantage phones offer a dedicated UC device that seamlessly integrates voice and video with user collaboration tools via a full screen or half touch-screen android based device.

The K175 is a full screen device and is perfect for use on desktops, hotel rooms, check-in points, kiosks or any other place where an enhanced UC user experience is needed.  This slim device can be purchased with or without an camera and there are two optional handset options available, corded or wireless.

The K155 is designed for users who prefer the traditional Avaya dial-pad but also want to take advantage of the enhanced UC features that K175 offers. 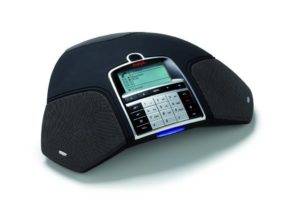 These devices are fully customization to meet the needs of the room they are placed in.  From expansion microphones to an internal phone book, the B100 series conference phones are a perfect addition to any Avaya PBX solution.